Boy George Interview: 'I Used To Laugh At Madonna Running, Now I Run'

“Lots of headless chickens running around, artists with 14 million followers on Twitter, some making millions, none making cultural impact,” is Boy George’s assessment of the music industry in its current form.

The former Culture Club frontman turned DJ is bemused by the effect social media has had. “Fans want more, they want you to perform in their living room. That’s the nature of the beast. I’m learning all this stuff now. 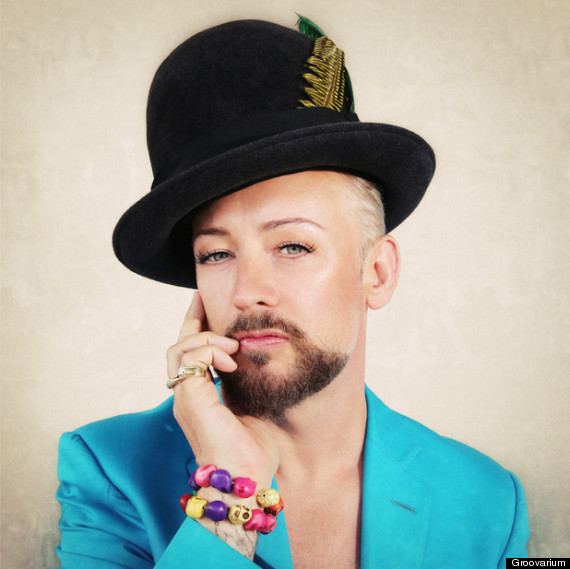 Boy George, back and bouncing - the same, but very different

“I love all the social interaction, a happy birthday, a hello to their mum, people are very nice.”

What about the less positive stuff? He laughs gleefully, “That’s good too. One bloke wrote, ‘Why is this faggot back?’ I replied ‘To annoy you.’”

And back he is, with new album and tour, after what he describes as “the most stress-free recording experience ever, working with all my favourite people”, a mixture of songs demonstrating Culture Club legacy (some co-written with ex bandmate Mikey Craig) but also new influences such as Killing Joke bassist and producer Youth.

“I'd like to say the writing process was thought out,” George muses, “but it’s actually really instinctual. There’s a lot of me in them.”

Boy George as he first burst onto our consciousness - did he really think this wouldn't be a hit?

It’s a very different Boy George speaking these days – long gone are the epoch-defining beads, since followed by the weight, the drugs, the controversy. With his globetrotting DJ duties, this transformation has afforded him an anonymity he welcomes. “I can walk about, I have a beard, I’m skinny.

“My fans are sweet, they’re so relieved I’m still here. I saw someone mouthing the other day, ‘That’s not Boy George.’ I went up to him and told him it was. He was amazed.

“There's obviously work to be done in prodding people and reminding people what I do. I've done a lot to distract them.”

Of his 80s chart-topping peers like Madonna and George Michael, Boy George was often the naughtiest, seemingly most work-shy, famously having to be dragged by phone from his New York hotel room by a furious Bob Geldof to catch a plane to London and add his vocals to ‘Band Aid’. George giggles now at the memory…

“I used to think of George Michael as being mechanical, like a scientist in a white coat, working in a laboratory, creating perfect harmonies, and all the while I was secretly admiring him.

“We did a song together once, and had the opportunity to do some bits again, but I couldn’t be bothered. And George went and spent hours re-recording, and of course it sounded amazing.

“As for Madonna, I always used to laugh at her running. And now I run! I get why she always ran. I wish I'd run when she did.”

If Boy George couldn’t match his contemporaries for taking care of business, he could for making a splash, both with image and music.

“I didn’t think anyone was going to buy 'Do You Really Wanna Hurt Me?' It was really personal, not a hit record, I thought. I wanted us to sound completely different. Shows how much I knew.

“And then of course, I thought it was my right to be famous, which is why I laugh at the self-pity that came out on some of the records.

“As a body of work, I was definitely playing the victim. And I don't see myself as a victim anymore. I've never felt as though I didn't belong, I just acted as though I did.”

George is now a practising Buddhist, something he credits for many benefits to his life – mostly appreciation for his family, “we all came together after my dad died, I’ve always been interested but now I put the time in” - and his focus on acceptance.

“You can't change other people,” he reflects, when asked to decant the themes of his new music.

“I spent a long time in my life, trying to change partners, anything you can imagine, even getting someone to bleach their hair, outrageous behaviour when you assess it.

“And it turns out I'm the one that needed to change. For the past 5 years, I've been more concerned with how I perceive myself. In this career, you spend time thinking what other people think…

“But when it comes down to it, I have a great life. So I remind myself, ‘You created this phenomenal thing, you can either drive it into the floor, or you can take some responsibility and realise this can be whatever you want it to be.’” 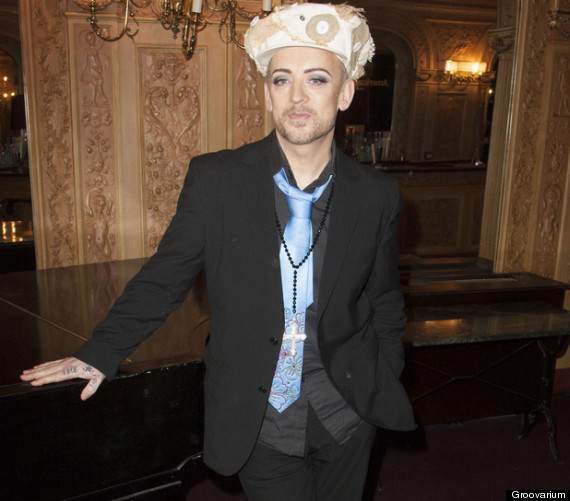 "I think my fans are just relieved I'm still here, but people are very, very nice"

As this is all getting a bit serious, it’s time to ask Boy George, does he still prefer a cup of tea to sex? “Double espresso,” he shouts back.

“I used to say that tea was more reliable than men,” he adds. “But that's changed a bit. You have the relationships you're worth.”

We agree this is all sounding horribly grown up. “It doesn’t have to be a nightmare,” he adds. “Growing up was a little death, but very rewarding.

“And, don’t worry, I still have the odd tantrum. Though, when it happens, I shock myself, and find myself thinking, ‘Oh George, that was so 80s.’”

Boy George's new album "This is What I Do" is available now. Some tour info here. Watch the first single below...

Out Now: https://smarturl.it/thisiswhatidodigital
From Boy George's new album "This is What I Do"
Also on Amazon.co.uk: https://smarturl.it/thisiswhatidocdamz
ROUGH TRADE EAST - London - INSTORE EVENT
Boy George will be performing an acoustic set of tracks from his new album on Wednesday13th November at 7:00pm.
Fans buying the new album 'THIS IS WHAT I DO' from Monday 28th October at Rough Trade East can collect a wristband for the acoustic performance on 13th November at the same time!
For more details: https://www.roughtrade.com/events/2013...

George I love you forever!!! The new single is great! Thanks