MIA says she is a cross between Madonna and the Sex Pistols frontman Johnny Rotten as an artist. 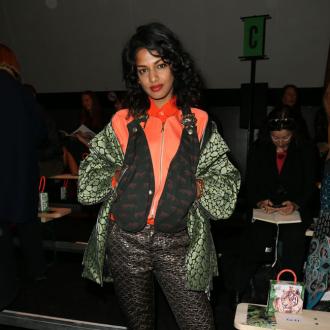 The 'Paper Planes' hitmaker - real name Mathangi Arulpragasam - says as an artist she is like the 'Material Girl' singer as she can create all different types of music, but she has a rebellious side like punk rocker Rotten, real name John Lydon.

In an interview with UK station BBC Radio 1, she said: ''People come up to me and say, 'Oh my God it's a thin line, you could either be Madonna or Jonny Rotten' ... I'm both, that's what it is.''

M.I.A. has previously collaborated with Madonna on the track 'Give Me All Your Luvin'' on her 2012 album 'MDNA'.

However, their relationship was soured when M.I.A. caused controversy by flipping her middle finger at a camera their performance at the Super Bowl XLVI NFL half-time show in February 2012, an action Madonna described as ''negative'' and ''out of place''.

M.I.A was eventually fined $1.5 million fine by the NFL for her actions - a punishment she branded ''a massive waste of time''.

The 38-year-old musician fumed: ''[There is] a row of 10-15 cheerleaders, young black females, that Madonna got from a local high school in Indianapolis, and they were all under 16. If you look at them, they're all wearing cheerleader outfits, hips thrust in the air, legs wide open, in this very sexually provocative position.

''So, now, they're scapegoating me into figuring out the goalposts on what is offensive in America.