Tuesday evening Madonna debuted her latest top-secret film project SecretProjectRevolution in multiple locations around the world. And to celebrate her new project the queen of pop was joined by a whole host of celebrities at the Gagosian Gallery in New York including her ex-husband Sean Penn and reformed party girl Lindsay Lohan – who looked like she had been picking up style tips from Madonna. 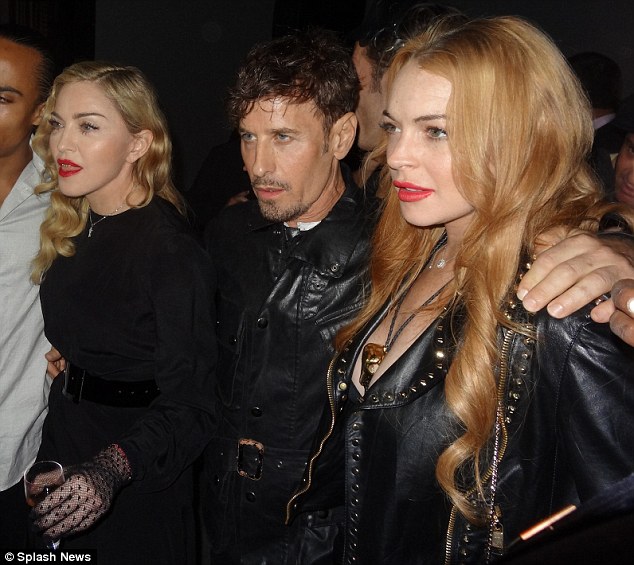 Madonna and me: Lindsay Lohan posed up with Madonna at the Gagosian Gallery in NYC to debut the singers 17-minute short filmsecretprojectrevolution on Tuesday

Posing up beside each other it looked as if there were just few years between Madonna, 55, and Lindsay, 27.

The stars both wore their hair in loose curls and decided to complete their looks with a dash of bright red lipstick. 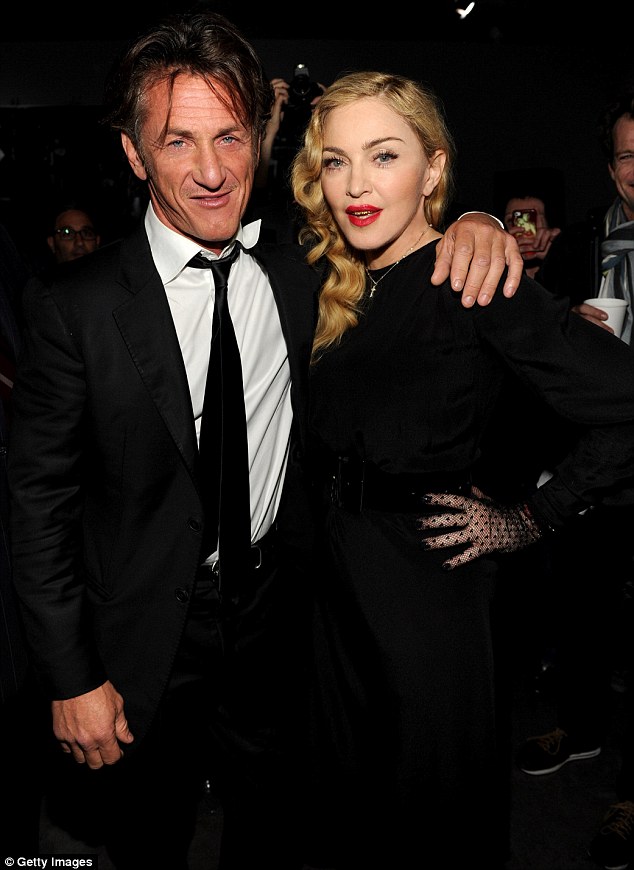 Madonna was supported by her ex husband - the actor Sean Penn 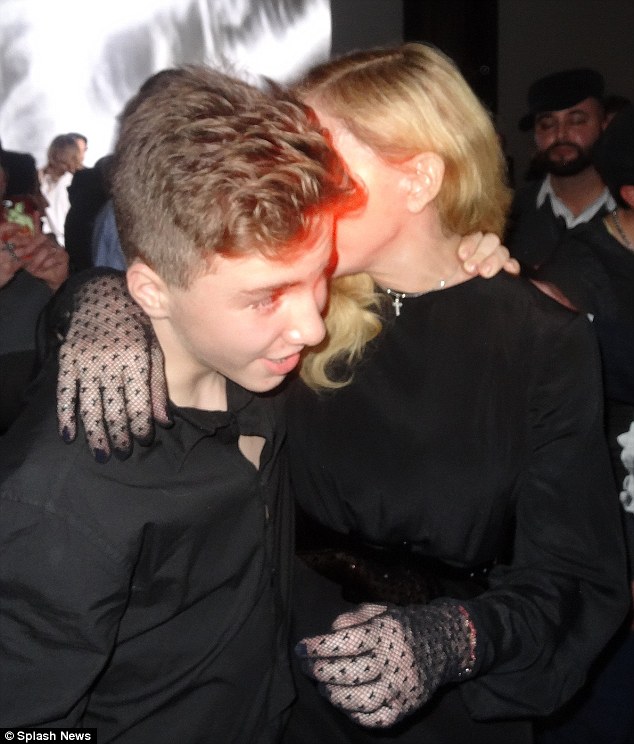 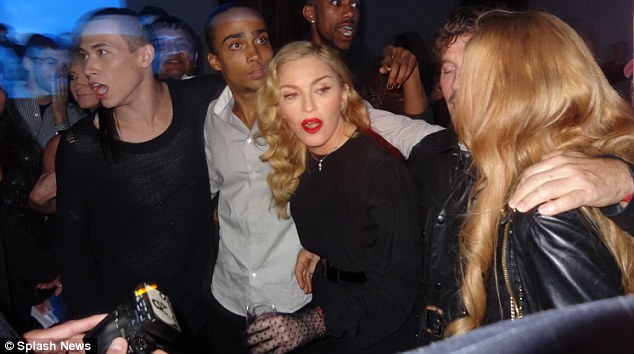 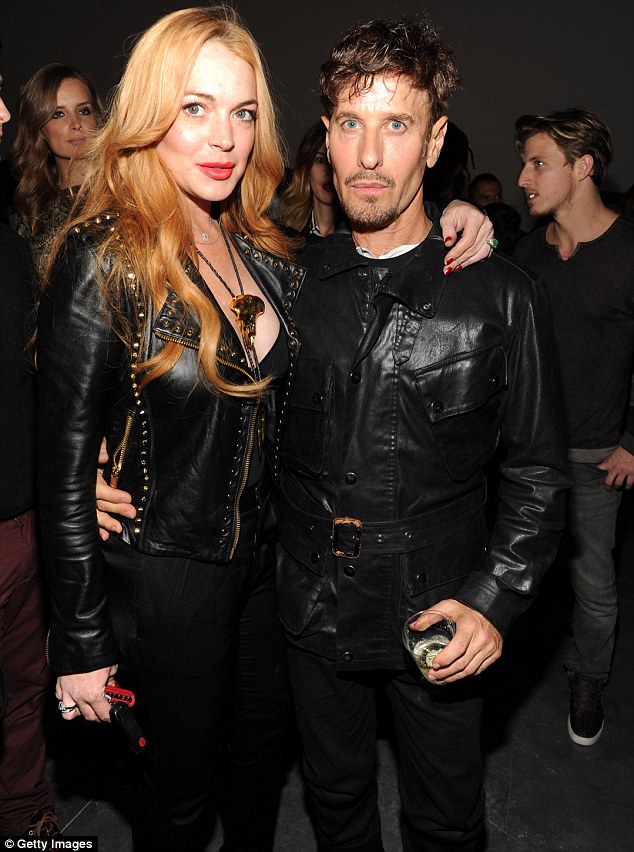 Lindsay, who recently completed an enforced stay in rehab, did however have the more stand out outfit as she showed off her cleavage and wore a studded leather jacket.

Both Madonna and Lindsay seemed on top form, stopping to chat to various people attending the event.

One face Madonna was no doubt happy to see was Sean Penn - she was famously married to him from 1985- 1989. 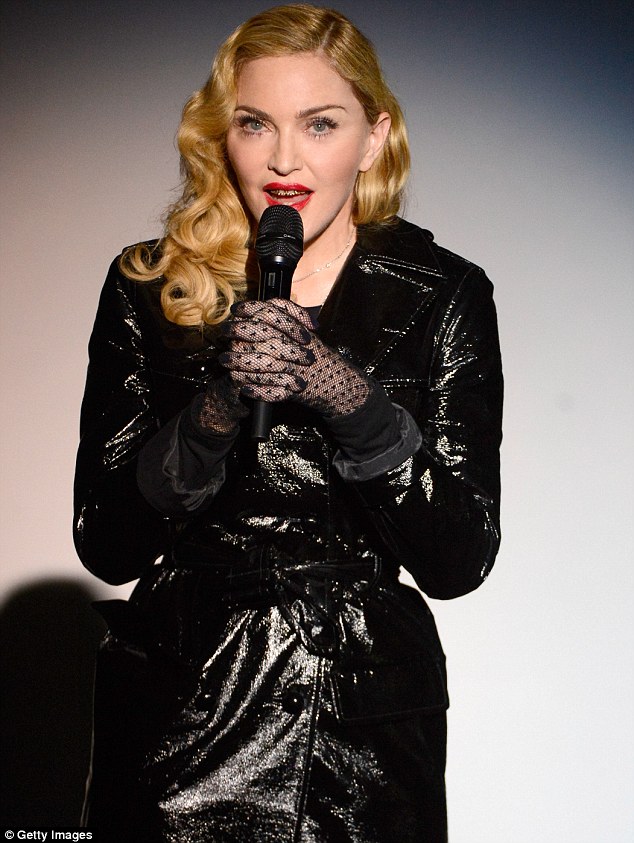 Introduction: Madonna spoke a little bit about the 17 minute short 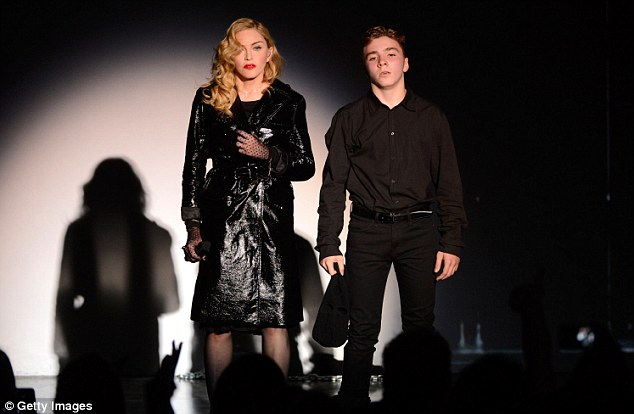 Mother and son: Rocco joined his mother on stage to take part in a performance 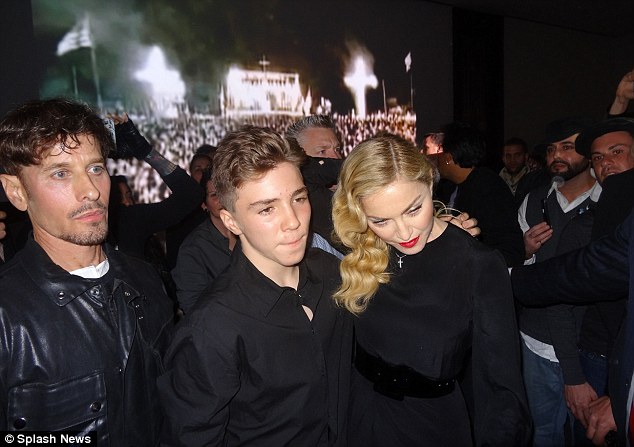 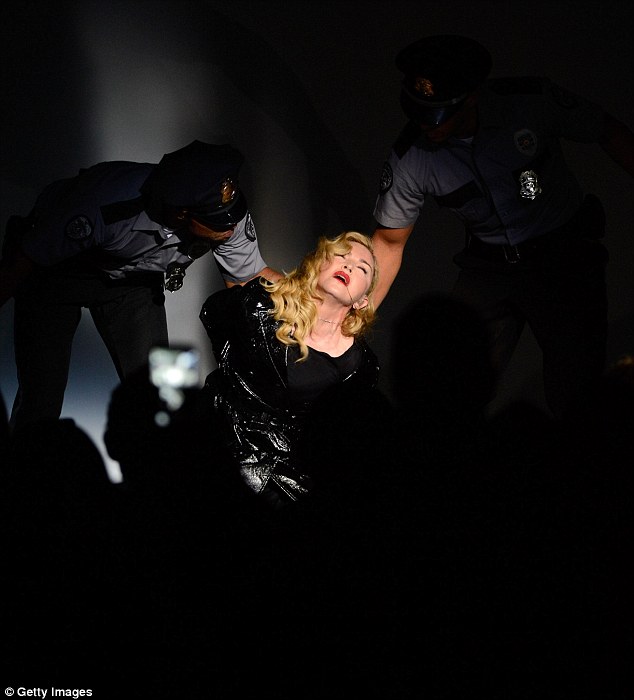 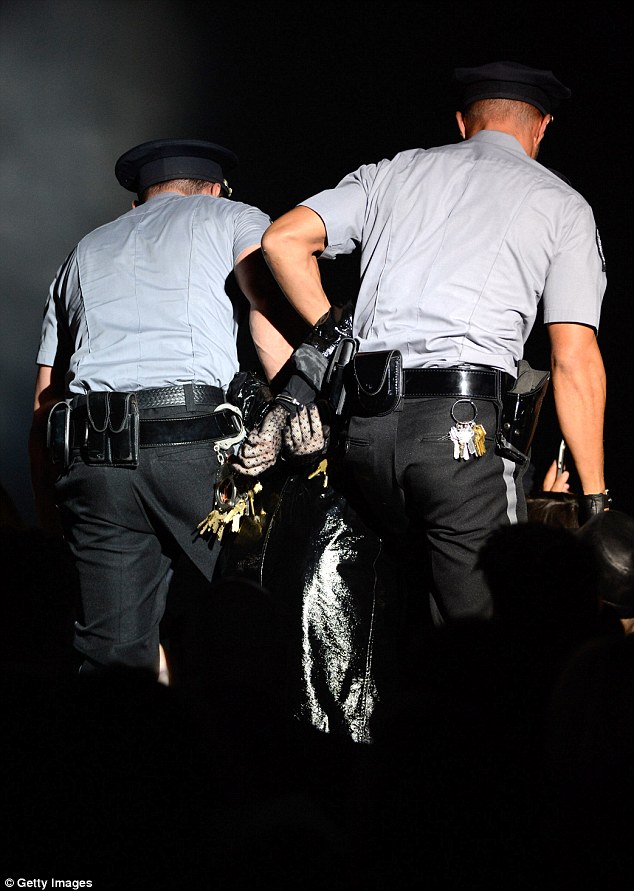 The couple have clearly managed to maintain a good friendship, with Sean happy to support her on her big day.

Taking to the stage Madonna didn’t just introduce the film – she also took the opportunity to take part in an impromptu performance alongside her son Rocco.

After the 17 minute short film, which she co-directed with photographer Stephen Klein, she performed a series of dances and sang the Elliot Smith song Between The Bars. 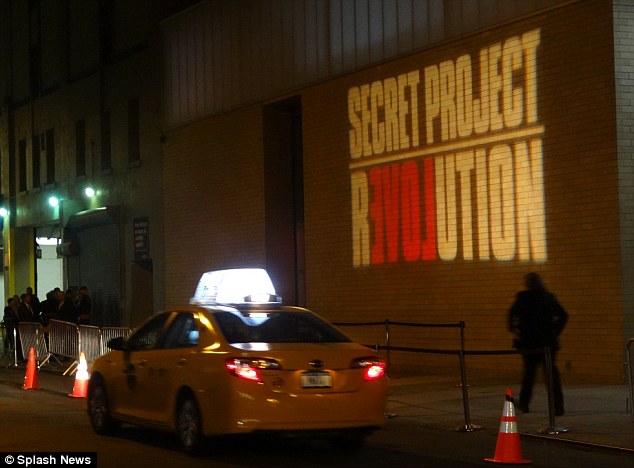 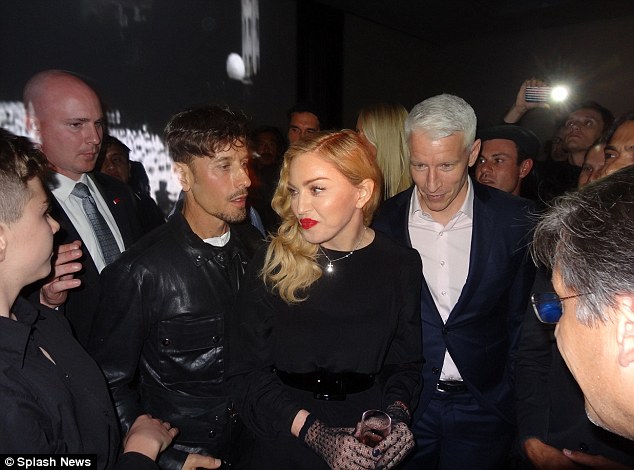 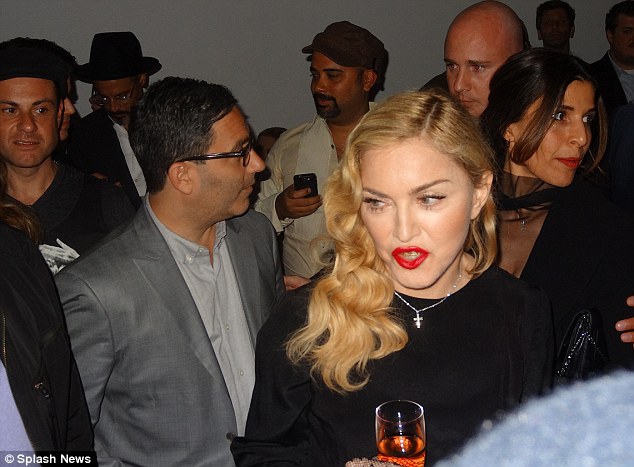 Madonna was seen enjoying a drink following the successful showing

Joined on stage by her eldest son Rocco Ritchie, from her marriage to English director Guy Ritchie, the mother and son duo put on a show.

While Madonna slipped on a PVC look trench coat, Rocco showed off his acting skills as he stood beside his mother in an all black combination.

During her performance Madonna was seen on her knees being escorted by two gentleman who were dressed as policemen. 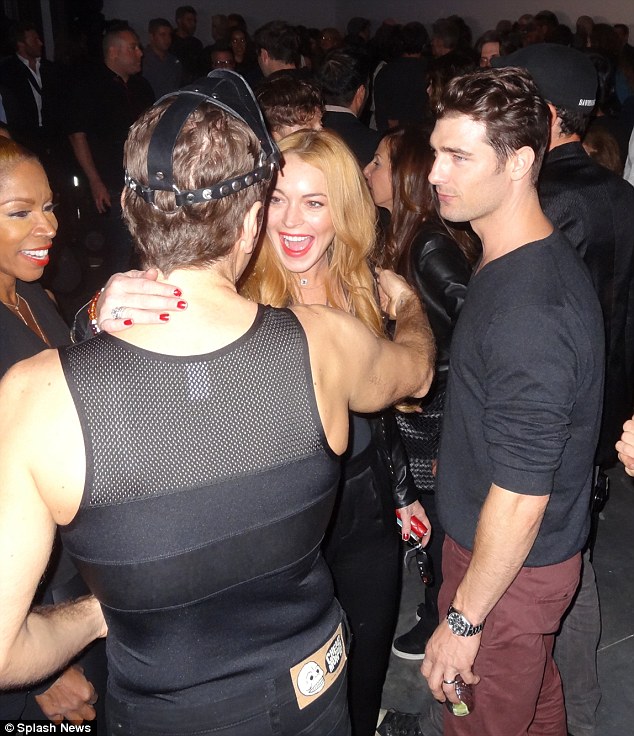 Lindsay looked excited as she greeted a pal at the event 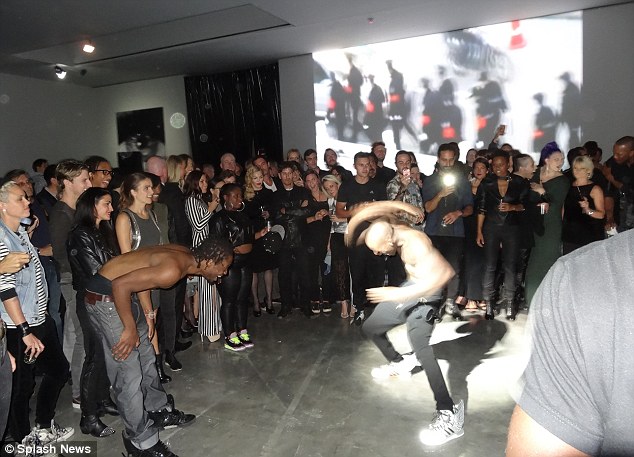 Entertainment: Guests were entertained at the party by a couple of break dancers Lindsay couldn't have looked happier about being at the event

Earlier this month Madonna released a black and white image of herself with a gun ahead of the release of her short.

In a press release for the film, the star said the film was aiming to 'further freedom of expression and protest persecution,' according to the publication.

Madonna adds: 'My goal is to show by the example of secretprojectrevolution my creative commitment to inspire change in the world through artistic expression.

'I hope my film and other submissions to Art For Freedom will be a call-to-action and give people a place to voice their own creative expression to help fight oppression, intolerance and complacency.' 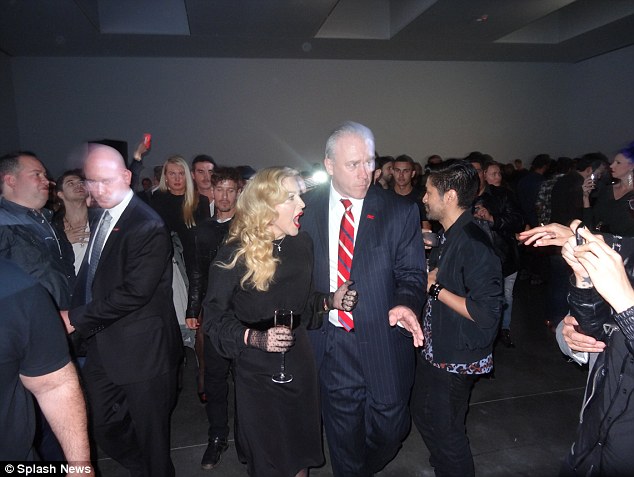 Plenty of catching up: Madonna rushed here, there and everywhere to say hello to various people at the event